No events to show Archiv: 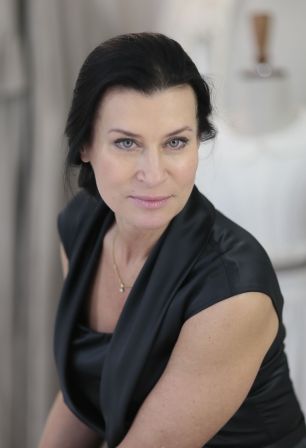 She is an artist who in a masterly way combines extremely difficult coloratura parts with extraordinary lightness and a real sense of bel canto vocal style. Joanna Wos has a sonorous intonation, spotlessly clean voice with a very wide range (ranging freely up to high F6). Impressive lightness and excellent precision allows the artist to perform even the most daring coloratura parties effortlessly while retaining the unique sound and sophisticated style of bel canto.

Laureated of many prestigious vocal competitions and festivals. Awarded first prize at the International Vocal Competition in Bilbao, multiple laureated of the Golden Masks (music critics awards). She made her debut in the title role of Lucia di Lammermoor by Gaetano Donizetti at the Grand Theatre in Lodz. The success she has achieved in her first role left no doubt that she has a unique vocal talent. This event has decided about further development of the artist’s career. After graduating from the Academy of Music in Lodz she permanently tied to working with the Grand Theatre and became its soloist. The enthusiasm of the audience and critical acclaim are an integral part of the artist’s career, her subsequent roles are accepted with appreciation. The artist enchants not only phenomenal coloratura, but also lyrical and dramatic outstanding talent.

In addition to regular co-operation in Lodz, we can also watch Joanna Wos on the scenes of the National Opera in Warsaw, Krakow Opera, the Grand Theatre in Poznan, Baltic Opera, National Philharmonic and Krakow Philharmonic. She guests at many opera houses in the world including Royal Festival Hall in London, Alte Oper in Frankfurt, Deutsche Oper in Berlin, Rome Auditorium, Galina Vishnevskaya Opera Centre in Moscow, National Opera in Vilnius, national Opera in Zagreb, Novosibirsk Opera and Ballet Theatre and many others opera houses and concert halls all over the world.

Artist sang under the direction of many great conductors such as Antoni Wit, Jonas Aleksy, Jerzy Maksymiuk, Tadeusz Kozłowski, Jan Krenz, Jacek Kaspszyk, Friedrich Haider, Will Crutchfield, Marco Baldieri, Andrea Licata, Massimiliano Caldi, Gabriel Chmura. She sang along with prominent singers, among whom were, as baritone Renato Bruson and Artur Ruciński, as tenors Salvatore Licitra, Salvatore Fisichella, Piotr Beczała, Arnold Rutkowski, Mariusz Kwiecień and American soprano Gwendolyn Bradley. In her repertoire we find not only the strictly coloratura parties like Queen of the Night in The Magic Flute by Wolfgang Amadeus Mozart, Rosina in Gioachino Rossini’s The Barber of Seville, Olympia in Les Contes d’Hoffmann by Jacques Offenbach and Anna Bolena in Donizetti’s opera, but also outstanding dramatic and lyric roles like Violetta in La Traviata, Gilda in Rigoletto by Verdi, Elvira in I Puritani by Bellini and Norina in Donizetti’s Don Pasquale. In repertoire she has also the roles of Oscar in Verdi’s Un Ballo in Maschera, Queen of Shemakha in The Golden Cockerel by Nikolai Rimsky-Korsakov, Musetta in Puccini’s La Boheme, the Countess in The Marriage of Figaro, Fiordiligi in Così Fan Tutte by Mozart, Donna Anna in Don Giovanni, Magda in La Rondine by Giacomo Puccini, Eurydice in Orpheus and Eurydice by Christoph Willibald Gluck, as well as the Wife in Schnittke’s Life With an Idiot. The concert repertoire of Joanna Wos is also impressive, including: Stabat Mater by Giovanni Battista Pergolesi and Rossini’s, Requiem, Exultate Jubilate and Mozart’s masses, Saint Cecilia Mass by Charles-François Gounod, Requiem by Gabriel Fauré, Carmina Burana by Carl Orff and Stabat Mater by Karol Szymanowski.

Her latest recording for Polish radio is a recital of arias from operas written by Prince Józef Michał Poniatowski with pianist Kevin Kenner. In 2009 she recorded an album titled The Songs of Chopin with Marek Drewnowski. At the National Opera in Warsaw she has sung in premiere performances: as Magda in Puccini’s La Rondine (2003 direction-Marta Domingo), the Queen of the Night in Mozart’s The Magic Flute (2006 direction- Achim Freyer), as well as the title roles in Donizetti’s Lucia di Lammermoor and Lucrezia Borgia (2009) and in Gluck’s Orphée et Eurydice (2009) and La Traviata (2010). In April 2010 she recorded for the BBC, Symphony No. 3 by Henryk M. Gorecki with the London Symphony Orchestra conducted by Marin Alsop at the Royal Festival Hall in London. In 2011 she performed main role in Donizetti’s Maria Stuarda in Grand Theatre in Poznan. In march she played Gilda (Rigoletto – G. Verdi) in Grand Theatre – National Opera in Warsaw. In the same year she received enthusiastic reviews after Anna Bolena of Donizetti performed during Saint Moritz Oper Festival. In 2012, she appeared in the character of Adina during the premiere of L’Elisir d’Amore at the Krakow Opera and Violetta at the premiere of La Traviata at the Baltic Opera. In Aprill 2013 the Grand Theatre in Lodz staged especially for her Donizetti’s Anna Bolena. In this role the artist has once again demonstrated an unparalleled mastery of vocal and acting, which is an integral part of implementing the bel canto style. Ovation of spectators of Anna Bolena was completed by critical acclaim, which has awarded to the artist the Golden Mask artist, for best dramatic-singing role.

In April 2016 she appeared in the premiere monodrama La voix humaine by Francis Poulenc in Teatr Wielki – The Polish National Opera in Warsaw. In 2016 she recorded arias by J.S. Bach, W.A. Mozart together with the AUKSO Chamber Orchestra, and arias by J.M.K. Poniatowski together with the Polish National Radio Symphony Orchestra. Her next album with music by H.M. Górecki (performed with the Silesian Philharmonic Symphony Orchestra) was released in 2017. In 2018, she appeared as Blanche DuBois in the Polish premiere of the opera A Streetcar Named Desire directed by Maciej Prus, at Teatr Wielki in Łódź, for which she received another Golden Mask – the music critics’ award. Also, that year she sang at the Silesian Opera in the premiere performance of Józef Michał Ksawery Poniatowski’s opera Don Desiderio. In 2022 Teatr Wielki in Łódź staged a concert version of Norma by Vincenzo Bellini, in which she sang the title role of Norma. 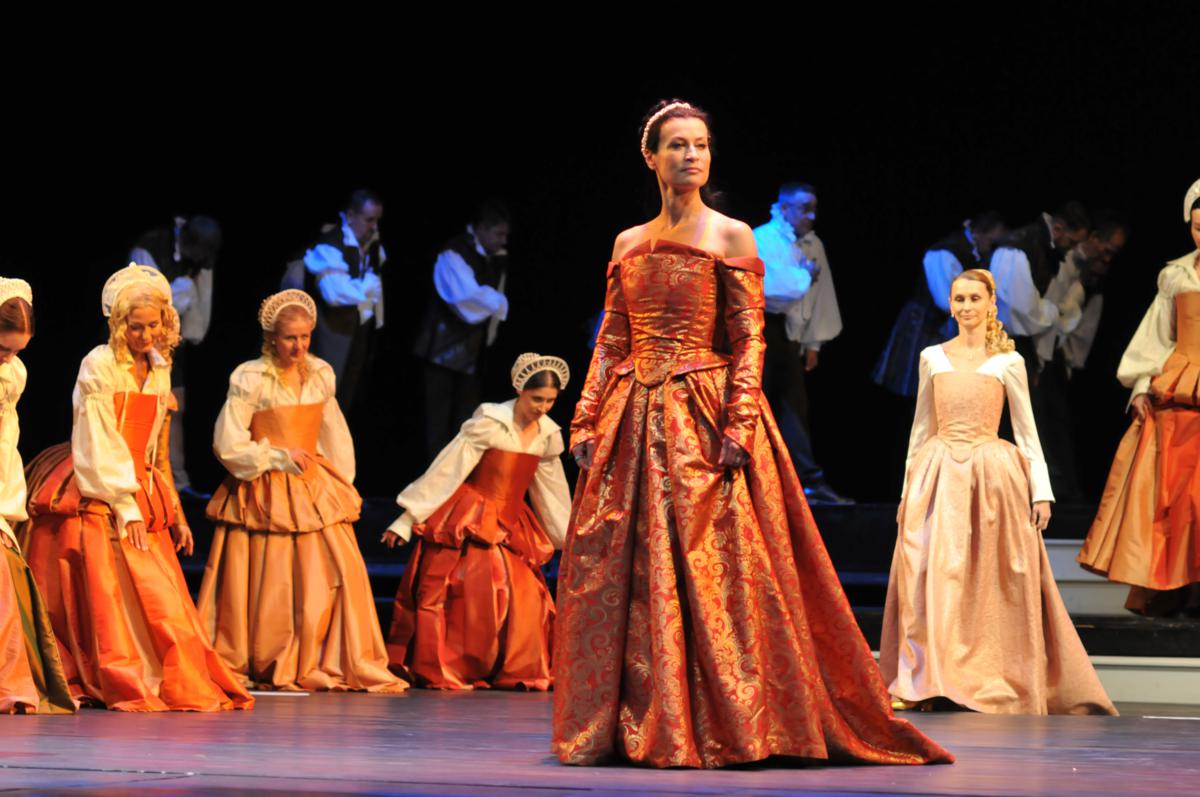 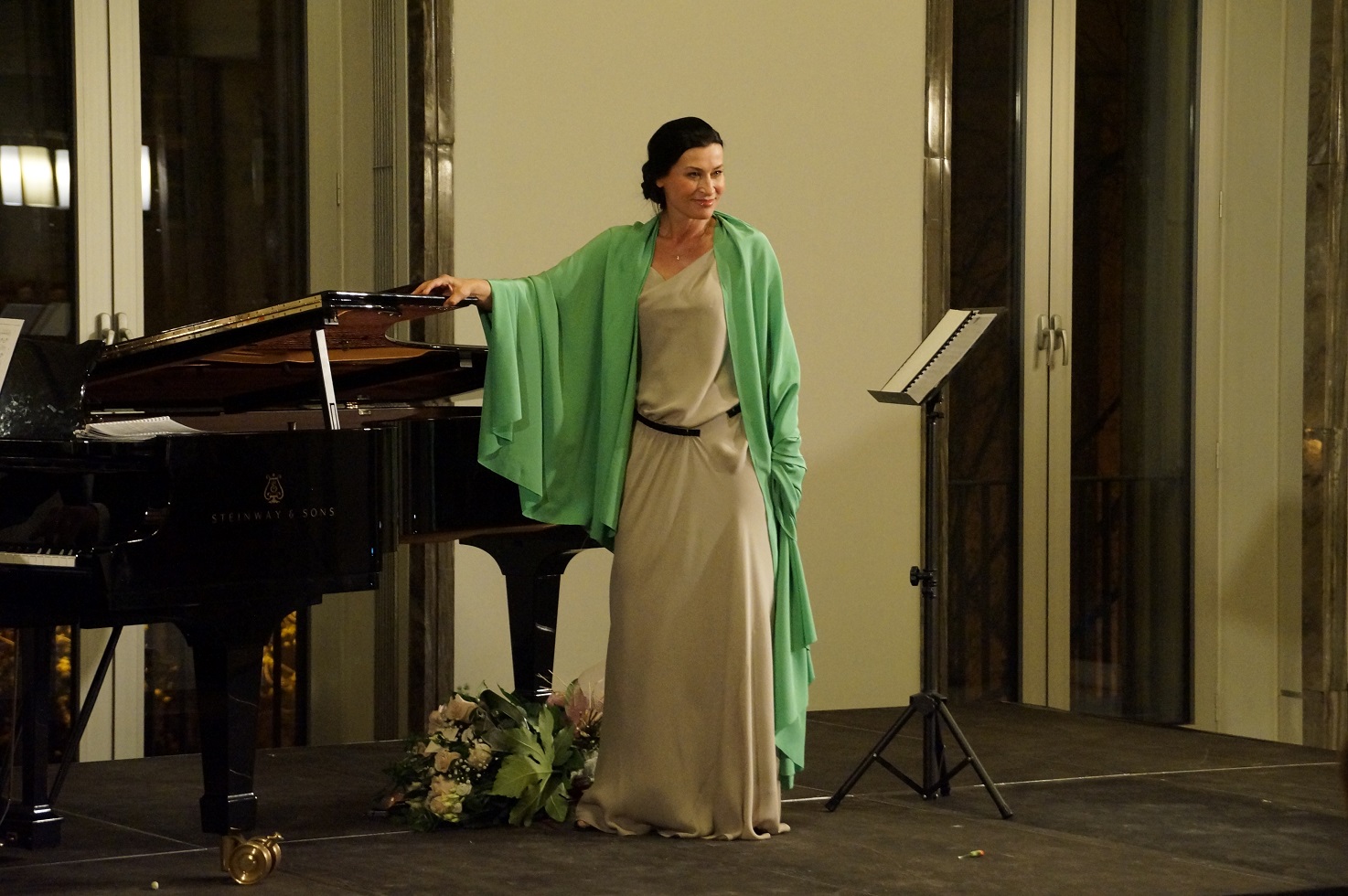 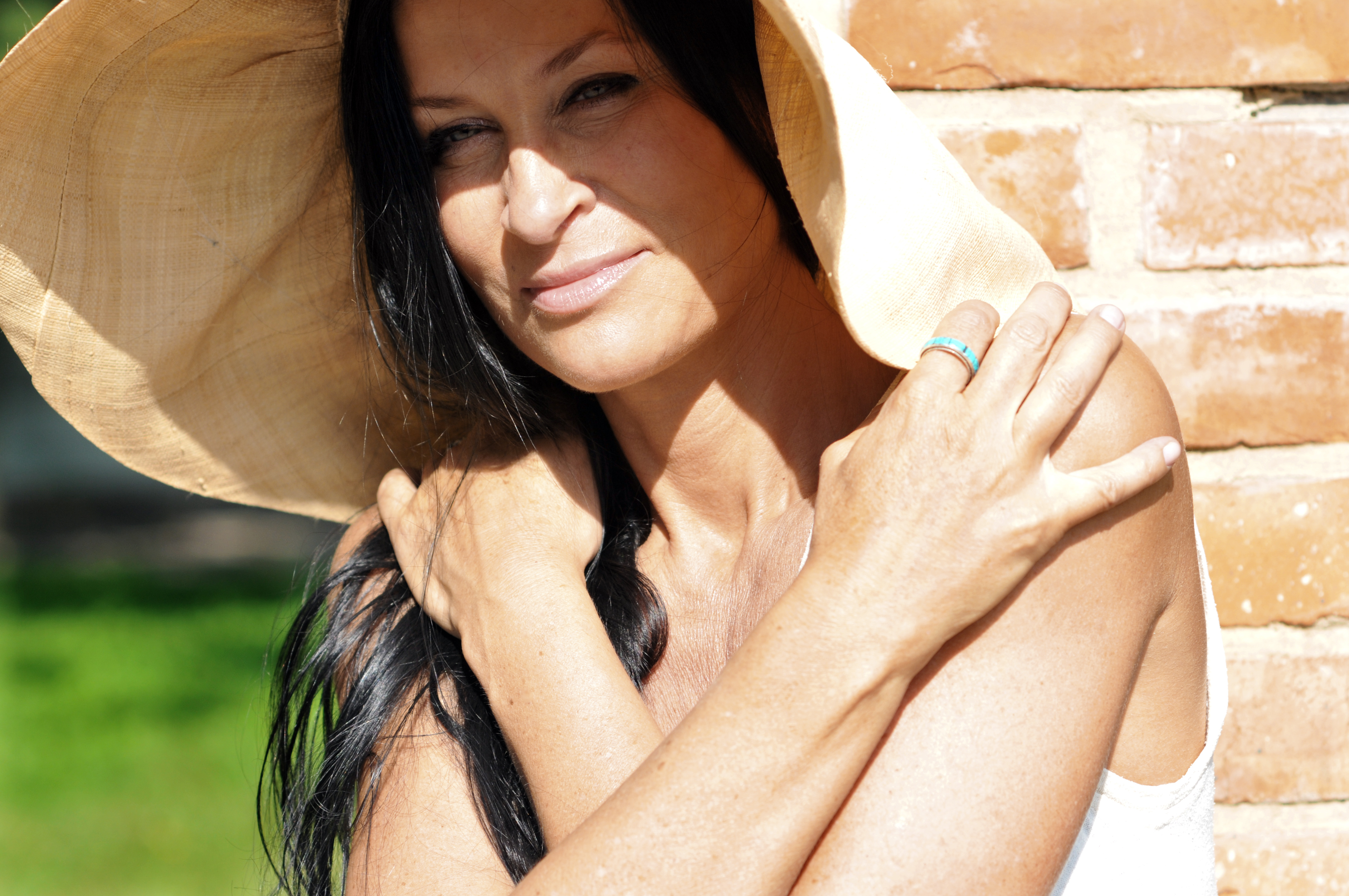